For some years the Chinese crocodile lizard (Shinisaurus crocodilurus) which is as of today the only species of this family Shinisauridae was counted among the family of Xenosauridae. There is little known about the the natural life of this live-bearing species in southern China, whereas it has been bred regularly in captivity. The small biotopes get destroyed, the animals are still consumed by the Chinese people for food and 'aphrodisiacs', so the species is nearly extinct in nature. In the long run it will survice only in our vivariums. 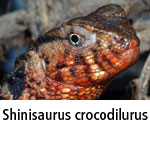 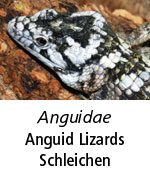 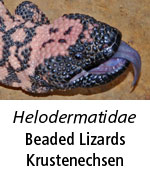 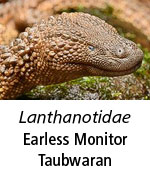 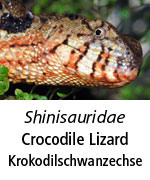 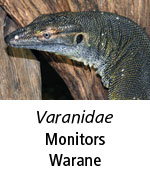 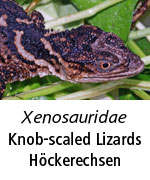