The family of Dactyloidae has been part of the Iguanidae family for a long time, then of the Polychrotidae familiy, which are their nearest relatives today. Since 2012, its nearly 400 species are again positioned as a separate family within the superfamily of Iguania, the iguana-likes. All are at home in the Caribbean, in the southern United States and in South and Central America. Colloquially called Anolis these lizards have a pointed head and long tail. Their main diet is insects, and all reproduce by laying eggs. This family shows extreme ways of intraspecific communication via body language, dewlaps, or even voices. The toes are widened and adhering.

Except for a few species and in the vivarium rooms of some specialists, the Anolis have never become widely accepted in the hobby. Famous are especially Anolis carolinensis – also as feeder lizards – and Anolis equestris. Especially the smaller species are known to have only a short lifespan, a fact that necessarily doesn't make them favourable pets. 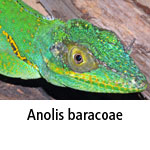 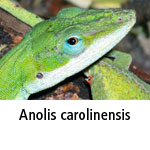 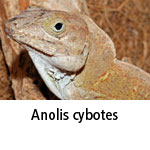 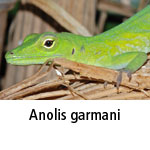 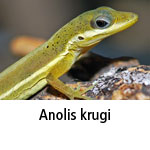 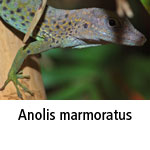 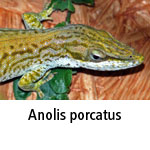 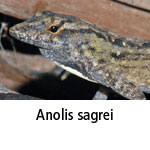 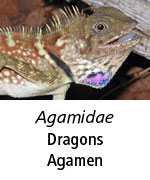 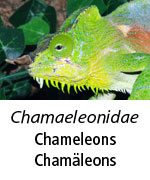 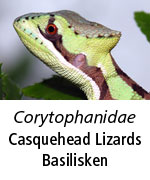 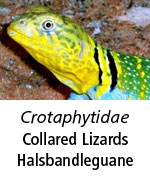 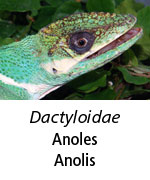 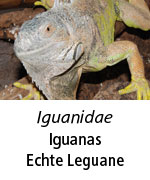 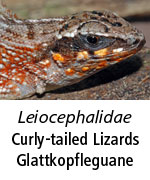 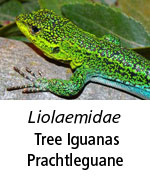 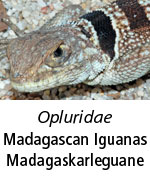 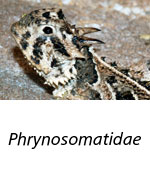 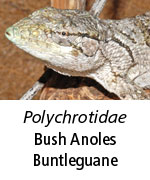 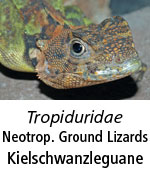